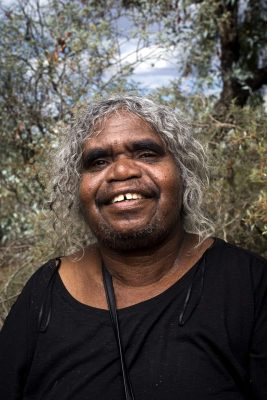 Maimie is a strong leader in Blackstone community, Western Australia, she is often called on to speak for her community and region through NPY Women’s Council and other forms.  She has a special interest in speaking up for and improving services and support to people with mental illness.

Maimie has an extensive work history previously working as a nurse in Perth, health worker in Blackstone and Tjukurla, Education officer on the Ngaanyatjarra Lands, working in the community Store in Blackstone and Tjukurla.  Maimie is a well-known translator having providing translation for the Ngaanyatjarra Health Training Students.  Maimie also has a certificate in First Aid Training and is both a talented singer for the Blackstone Church Choir, a painter and Tjanpi fibre artists.  She was the Papulankutja Artists Chairperson in 2009.