These petrol sniffers are our own flesh and blood, yet we have lost them all to petrol…They will live their lives in wheelchairs with acquired brain injuries. But for the new recruits, we are hoping that with Opal there will be no new recruits to petrol sniffing” Janet Inyika

Almost from the beginning, NPYWC’s members sought help to combat this insidious and destructive habit, which seemed at the time beyond the control of families.

They became increasingly desperate to stop a practice killing and disabling their children and grandchildren. Government responses were sometimes piecemeal and short-term, seeking solutions from communities that they were incapable of providing.

NPYWC started a Youth Service in Kaltjiti (Fregon), APY lands in 1999 as a response to the petrol sniffing crisis.  Members and Directors of NPY Women’s Council  stood beside the service and fought tirelessly to have this epidemic dealt with.  Leading the fight was NPYWC member Janet Inyika also known as Miss Never Give Up. 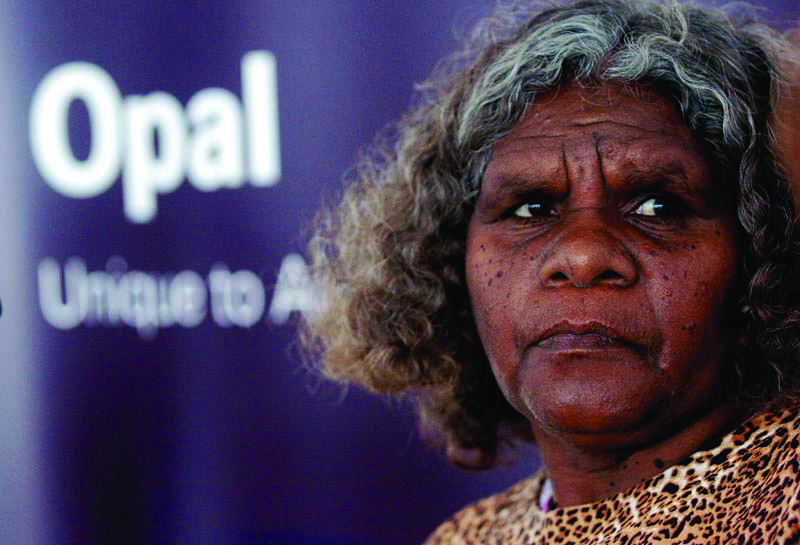 NPYWC, alongside CAYLUS and Voyages Resort (Yulara) formed the Opal Alliance in 2005. This lobbying body worked urgently to advocate for the roll out of Opal fuel, a low aromatic substitute with no intoxicating effect.

By the end of 2005 Opal fuel was rolled out in Yulara, some nearby communities and roadhouses (a few of whom were reluctant to take it up). By 2006, the Opal Alliance had lobbied Minister Abbott who agreed to subsidise the roll out of Opal into Alice Springs. By 2009, 120 communities and commercial outlets right across the NPY lands, from Kalgoorlie to Alice Springs had swapped to Opal fuel.

Find out more about the Youth Service