Made beside the Blackstone Ranges, the tjanpi Toyota drove itself all the way to Darwin  where it came right at the top of the 2005 Telstra National Aboriginal and Torres Strait Islander Art Award. Mrs Benson (dec)

The Toyota celebrated the significance of peoples’ ability to travel big distances, to sustain customary practices like hunting, visiting relations and undertaking ceremonial responsibilities.
10 years earlier Tjanpi Desert Weavers had just begun with a series of fibre weaving workshops and the hope that that weaving could provide a “bread and butter” income for women in remote communities…. 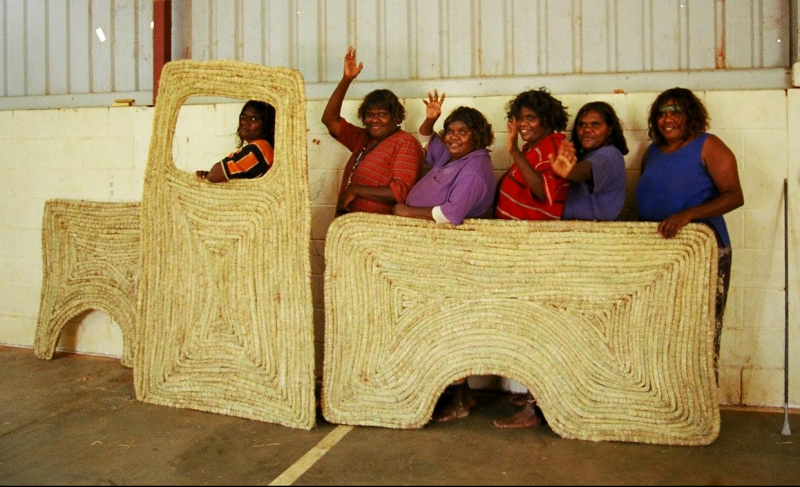 I was so proud that day! It was wonderful to be recognised and to be able to represent all the other weavers, especially the young ones who had helped. We had worked as a team and made group decisions. That’s what made it so enjoyable. It was a team effort. All the younger ones were very participatory ad has listened to our advice, and taken our suggestions on board. We enjoyed that part of it and that is what made the whole thing so special.’ – Mrs Benson (dec.)

Tjanpi Desert Weavers Women wanted meaningful and culturally appropriate employment on their homelands to better provide for their families – money saved from their work could provide meals, travel and vehicles of their own.

Building upon a long history of using natural fibres to make objects for ceremonial and daily use, women took quickly to coiled basketry and were soon sharing their new found skills with relatives and friends on neighbouring communities.

Now, in 2021 Tjanpi has provides income for over 400 Anangu women, it has exhibited and been acclaimed in public and private art institutions across Australia and the world. 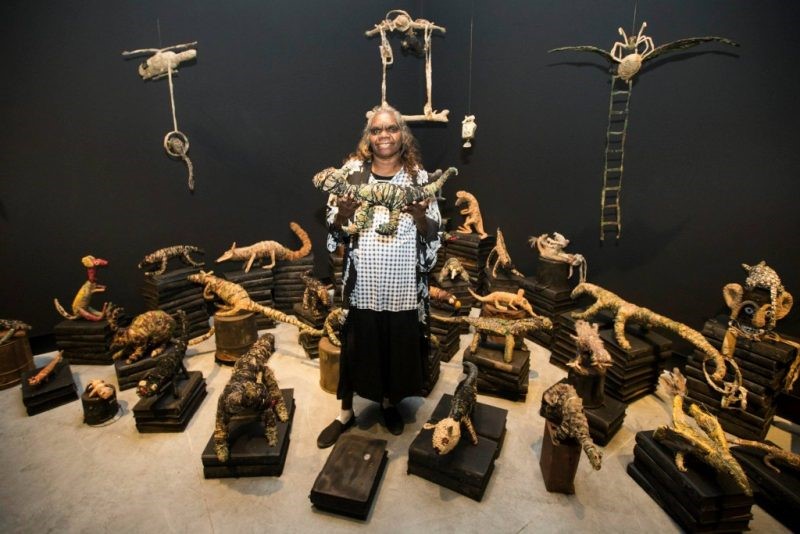 Find out more about the TJanpi Desert Weavers