Have we stopped domestic & family violence in remote communities? No. But we have made women much safer.

Kunbry Peipai (pictured) sat alongside staff and listened to women talking about domestic violence at early NPYWC meetings. The women were upset about police response to violence and the small jail sentences for offenders. Kunbry became a key founder and driver of the Domestic & Family Violence Service in the early years…

In 1993  several women went to a Domestic Violence Conference in Sydney, inspired and knowing they needed to do something in their own community. A a pilot program was first set up in Mutitjulu. The goal was to give women greater protection from violence… 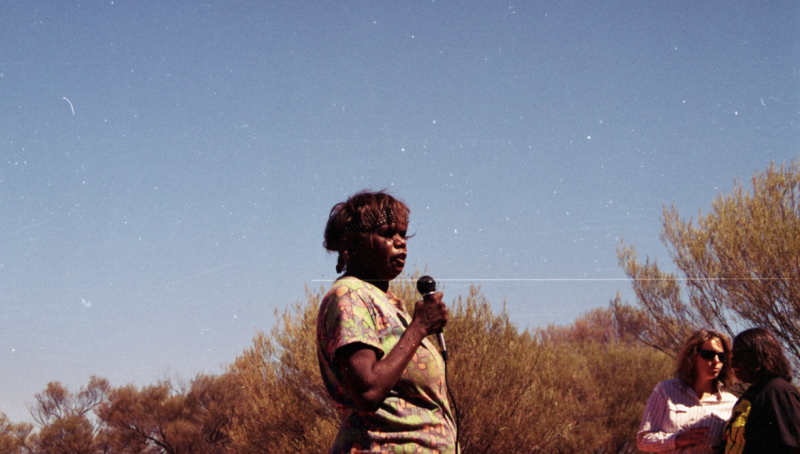 Many senior women in Mutitjulu were very supportive of the new service. What they were doing at the time was controversial and challenging. They encountered a lot of resistance from both Aboriginal and non-Aboriginal men.

At the time, police did not believe Anangu women wanted to face the court system. The new service offered women support and confidence through the system. The Service and the police also worked together to improving how the criminal justice system responded to Anangu women in the region.

The service importantly gave voice and awareness to conversations on domestic and family violence in remote communities. 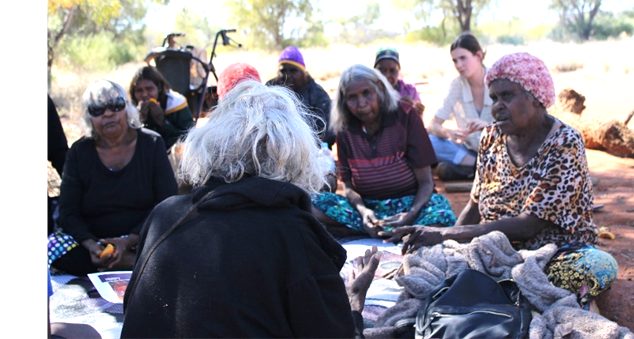 Women’s groups across the region gather together and share ideas about:

Find out more about the NPYWC Domestic & Family Violence Service