Yanyi was born in the bush near Ernabella (SA) to Paniwa Baker and Jacky Tjupuru in 1950. From the very beginning Yanyi Bandicha stood out as a leader and dedicated mentor to young women. Her journey to become one of the first Anangu teachers and NPYWC’s Chairperson is lit by Yanyi’s generosity and commitment to support those around her.

Yanyi was educated bilingually in both Pitjantjatjara and English in Ernabella Mission School. It was here she discovered a love of learning and the power of education for all young Anangu boys and girls.

In her late teens Yanyi began to forge her own path. In the early 1970s she began her first job as a teacher’s assistant. Her commitment and passion for education led her to being one of the first Anangu Pitjantjatjara woman teachers at the age of 22. 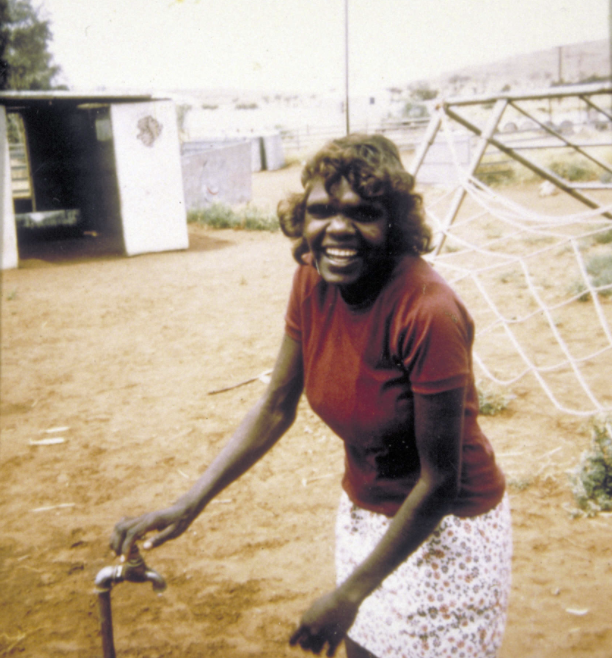 Yanyi taught kindergarten and junior primary, in Amata, then at Yirara College in Alice Springs before moving back to her home community of Ernabella where she taught for many years.

While Yanyi was a junior primary teacher, she really shone as a teacher for the Senior Secondary girls. Yanyi turned the lives of many young women around. When young women were tempted to leave school, Yanyi won them back and assisted them above and beyond what a normal teacher’s duty would be. Yanyi supported many young women by creating a live-in situation for these girls.

Yanyi really cared for the girls, taught them how to look after themselves and to set a great example. She was a mentor, instilled confidence and professionalism, good learning practices, leadership, and imparted a vision for a good, respectful and safe learning community. Yanyi and the girls formed the Ernabella Girls’ Choir who performed at the Adelaide Festival Theatre and toured New Zealand. Forty years later, Yanyi continues to sing with the Ernabella Choir (later the Pitjantjatjara Choir) and is always ready to sing at a moment’s notice.

Nearly every girl she mentored have today become successful community leaders, some of the most outstanding younger women on the APY Lands today. These girls are now cultural leaders, educators, artists and Directors of various bodies. 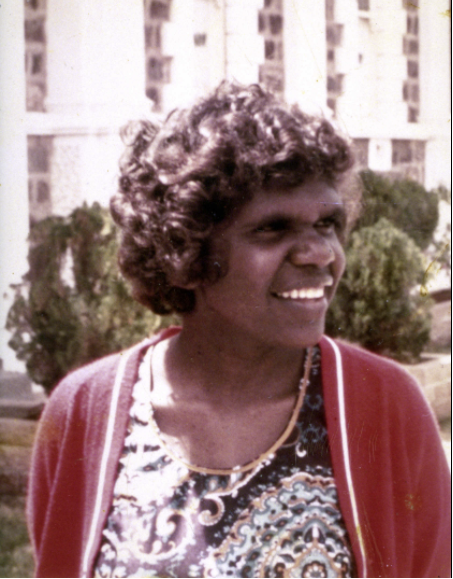 After teaching, Yanyi continued her work in education, becoming Director of the Pitjantjatjara Yankunytjatjara Education Committee (PYEC), a part of the South Australian Department of Education. She handled queries and questions and was an authoritative spokesperson for all the Anangu Education Workers (AEWs) across the whole APY Lands.

After Yanyi married her husband Raymond Bandicha from Maningrida, they moved to Aputula Community at Finke, NT, where he was a pastor. Yanyi voluntarily took care of many young children at this time, ensuring they were educated and fed. Sometimes she would ring up friends and ask for help, ‘I’m down to my last Weetbix.’ She gave everything she had.

Yanyi also became very involved in the Uniting Church. Her authority and calming influence in Ernabella as a community leader and church elder commanded attention and interest. She is now an Executive with the Northern Regional Christian Congress (NRCC) of the Uniting Church. 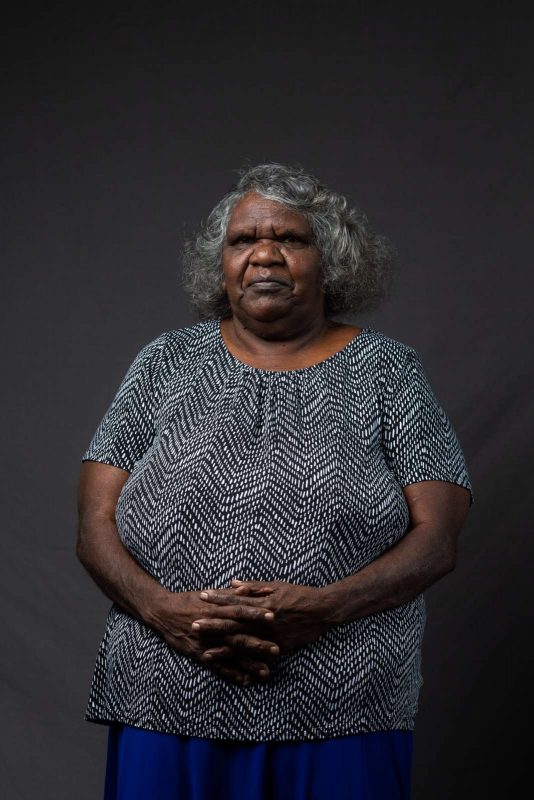 Yanyi has been part of the NPYWC for over 17 years, she has moved through all the stages of governance from Member, Executive Member, Director, Vice Chairperson and Chairperson.  Her leadership in bringing issues of Anangu to the national stage, brings hope to many.

Yani has a knack of keeping people focused in the right direction. She still mentors younger women, and today some of her own students sit with her side by side, governing the Women’s Council. This demonstrates a lifetime’s commitment to assisting young Anangu women to excel at what they do.

Yanyi’s strong advocacy for renal dialysis in community has done much to enable this in the NPY region. Importantly, a dialysis room opened in 2019 in her home community of Ernabella because of Yanyi’s relentless advocacy to ensure her people can stay on county.

In addition to this work, Yanyi is an interpreter and translator, translating Work Health & Safety Workbook for Regional Anangu Services Aboriginal Council, assisting the employment and training of young Aboriginal people. She has also been a long standing translator with the Pitjantjatjara Bible Translation Project Inc.

Now at 70 yo Yanyi still continues to give tirelessly of her time in her home community, Pukatja.She provides a safe house day and night to young women.

Yanyi, so humble, polite and capable. Yanyi has truly made a difference in so many people’s lives.

Find out more about our Directors here