NPY Women’s Council director and Tjanpi senior weaver, Rene Kulitja, officially opened the 2018 event in front of hundreds of people on Thursday evening. And on Friday, Tjanpi artist Cynthia Burke presented at the Desert Mob Symposium with animator Jonathan Daw on their project Ngayuku Papa (My Dog); an animation about Cynthia’s own papa, Tiny.

And on Saturday, Tjanpi work proved popular with the crowd at the Marketplace, with our staff recording a sales increase of 35% compared to last year. 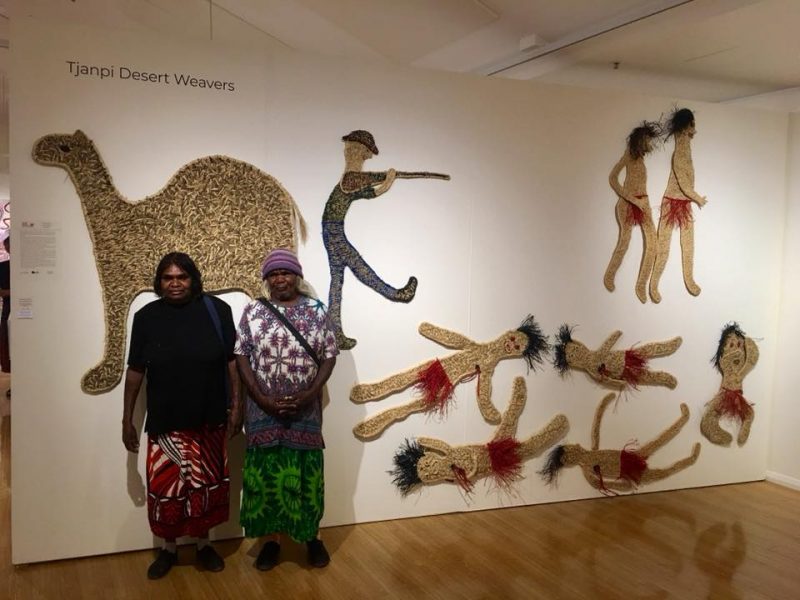 But the talking point of Tjanpi’s involvement at Desert Mob was an artwork in the exhibition by our artists Nancy Nanana Jackson and Judith Yinyika Chambers titled Tutjurangara Massacre (Circus Water Rockhole Massacre).

The work tells the story of a massacre that happened at Tutjurangara (Circus Water) sometime prior to 1935. Both Nancy and Judith’s relatives were involved in the massacre and, in collaboration with key knowledge holder Bernard Newberry, they created this work.

The story is told all over the Ngaanyatjarra lands of Western Australia, but there is no written record of the massacre. In creating this artwork and telling the story of the Tutjurangara massacre, Nancy, Judith and Bernard hope to raise the profile of this significant event and share the often brutal reality of the early meetings between Aboriginal and non-Aboriginal people in Australia.

The work was purchased on opening night by Deborah Sims and Matt Dickson from the Sims Dickson Collection.

In a statement released, the pair said that “Judith and Nancy’s incredible Tjanpi work is beautiful, honest, brave and innovative.”

“It tells us a true story that we all need to know. We’ll be lending it for public exhibition as far and wide as we can.

“Without acknowledgement by non-Aboriginal Australians of past wrongs, there can be no moral foundation for Australia’s future. Tutjurangara Massacre is a hugely important step on that path.”

The work will be on display at Araluen Arts Centre until the Desert Mob exhibition closes on Friday 21 October. 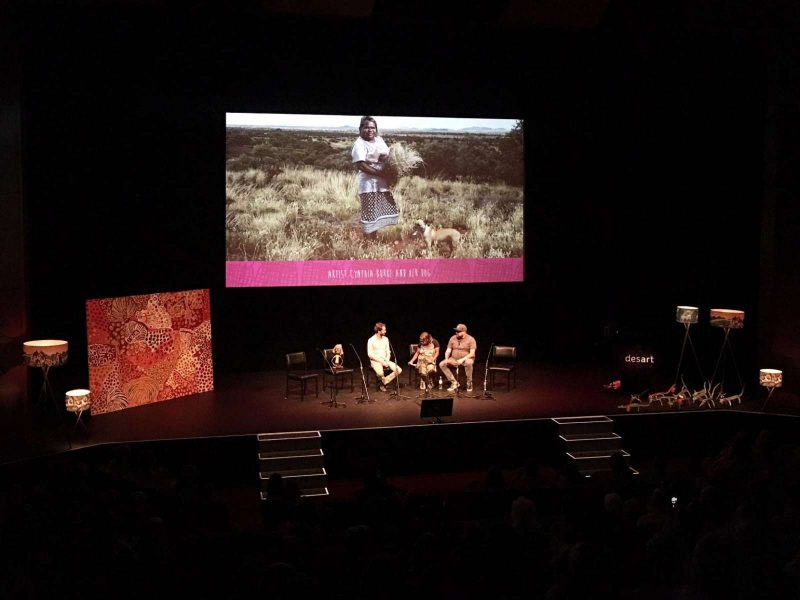