Tjanima Tjukurpa Winner of Children’s & Young Adult Book at the Chief Minister’s NT Book Awards 2022
“This book means a lot to us wati because when we were writing it, we didn’t know what we was getting into. But look we knew it was a story about one young fella who got healed with his grandfather. At the end of the day it makes us watis so proud and the NPY Woman’s Council and the Uti Kulintjaku team because we won something and that’s good. And it was good to write in our own language, in Pitjantjatjara, Yankunytjatjara and Ngaanyatjarra. There’s three languages in there and you know its good for Anangu to write books and to see how Piranpa write books because its not easy. It wasn’t easy, wiya! But we are so happy, palya.” Robert Hoosan (pictured) 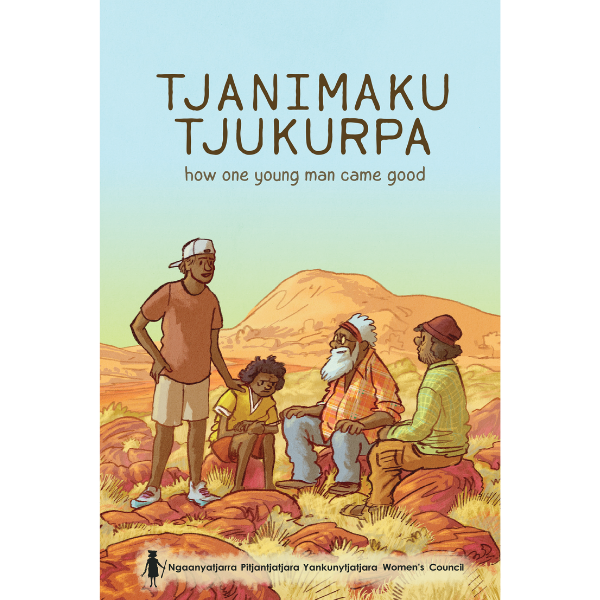 Tjanpi Desert Weavers animation Tangki (Donkey) wins Sydney Film Festival AFTRS Craft Award and the Yoram Gross Animation Award
Tangki is a story the introduction of donkeys to the desert community of Pukatja and the special vond that has formed between Anangu and tangkis.

The animation was a collaboration between Tjanpi artists, Imuna Kenta and Elizabeth Dunn supported by  Creative Emma Franklin and Co-Director Jonathan Daw. Picutred below.

This film was supported by the Australian Government’s Indigenous Languages and the Arts program. 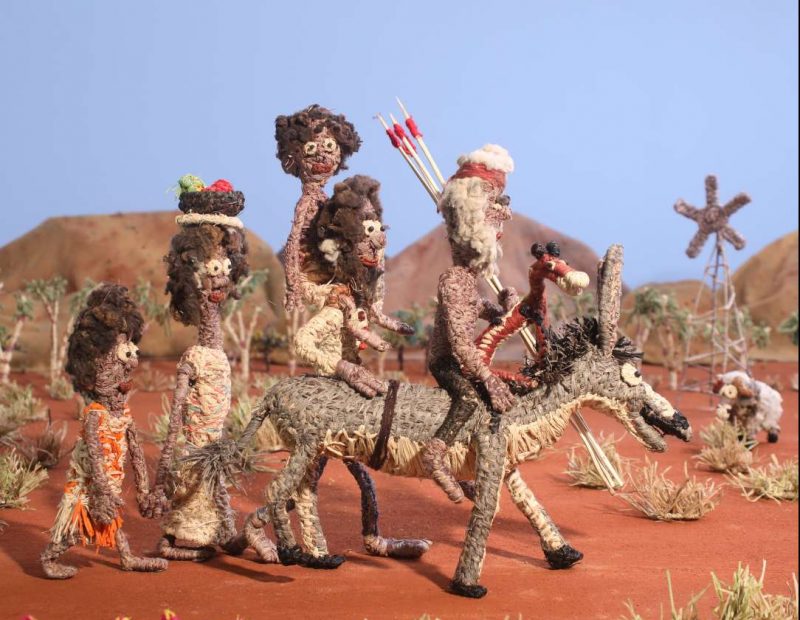