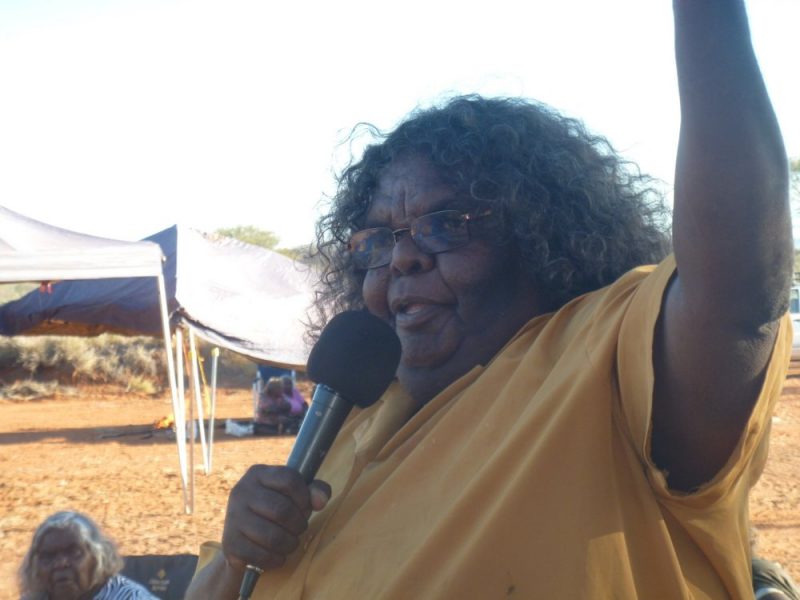 NPY Women’s Council has received the 2012 Indigenous Governance Award in the category of Outstanding example of Indigenous governance in an Indigenous incorporated organisation. The Council won it ahead of four other finalists from across Australia,  pleasingly two of the other finalists were from Central Australia.

“A record number of Aboriginal and Torres Strait Islander organisations applied this year, I heard there were over 100 applications so to have made the short list as a finalist was a great achievement in itself”, says Andrea Mason, Co-ordinator of NPY Women’s Council.

The Council’s Chairperson, Mrs Yanyi Bandicha met with the judging panel in August in Alice Springs, when they visited to hear further examples of the governance strengths of the Council.

“The judges came prepared,  the questions they asked were well thought through, they certainly knew a lot about what we do and we have achieved. I spent a lot of time with them, explaining how the members provide direction to the organisation and how they keep the organisation strong.   They asked for examples of how we have made a difference in the lives of people from our region and we told them about how we spoke up about petrol sniffing and how we advocated for Opal fuel to be available in our region to reduce petrol sniffing especially in young people”.

“NPY Women’s Council is pleased to receive this Award because it gives public acknowledgment to the efforts the women have been doing for many years in our communities. This Award belongs to all members and staff, past and present”.

NPY Women’s Council was established in 1980 by the women of the Naanyatjarra Pitjantjatjara Yankunytjatjara Lands to give them a platform to speak out on issues of concern to them. In the early years the women advocated to protect sacred women’s site, for funding for art centres and they facilitated a trip to attend a national women’s consultative group where they raised the need for action to deal with domestic violence, alcohol abuse and petrol sniffing in their home communities.

The range of services and projects at the Council demonstrates how the Council  reflects the strength, creativity and resilience of its members in central desert communities” said the judges of the 2012 Award.