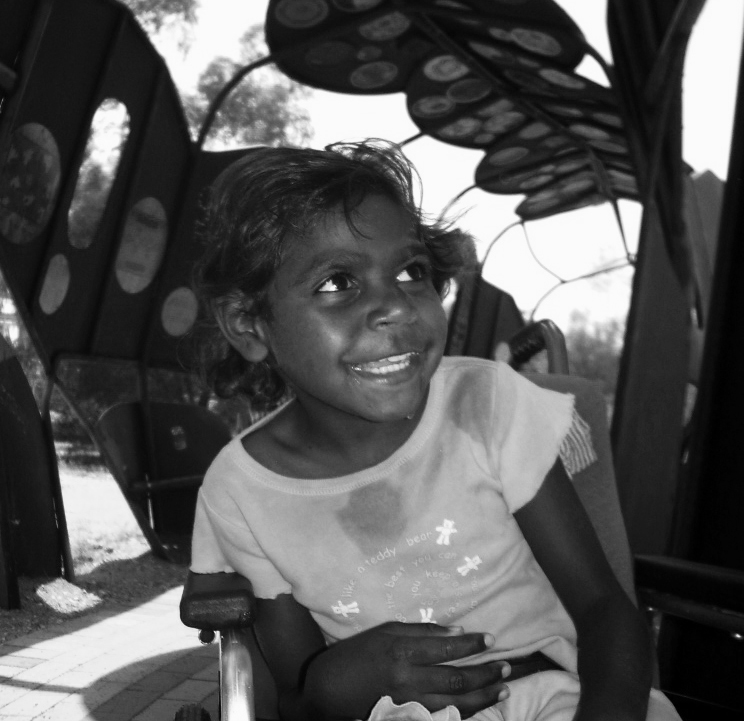 Remote carers of children with a disability raised a number of issues that impacted on their ability to give children the best possible support and quality of life in NPYWC’s Tjungu Service’s new research “Looking after Children with Disabilities from the NPY Lands” .

The research found that many carers had to focus on providing basic needs such as where the next meal was coming from, before being able to consider greater therapy requirements of children.

A major finding was the number of children who had to leave the Lands because of the lack of support services- it was too hard for family carers, who often were frail or chronically ill themselves to support children as they grew.

Some families had been obliged to surrender their parental rights in order to get appropriate help for their children.

Families grieved for their children, who had in turn, lost family, language and culture. People asked for support to find out where the children were, and to visit them. ‘I just want to cuddle my son’, said one man.

Distance to services and the need for greater cultural awareness and relationship building from service providers were also among key findings.

The research  was funded by the Australian Research Council  and was a collaboration between NPYWC, Sydney University, Poche NT and the Centre for Remote Health NT.